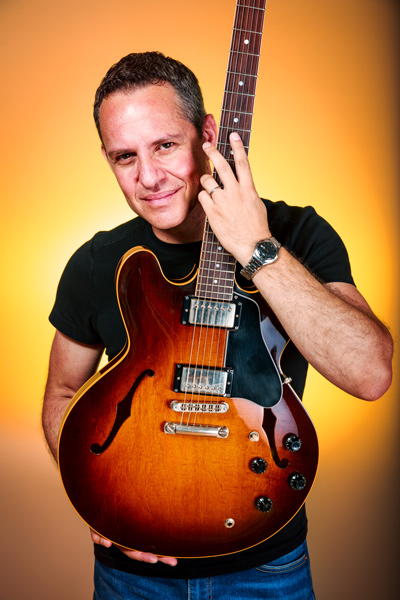 “One of the greatest contemporary blues musicians has arisen.” - Soul Bag Magazine

2017 Blues Music Award Nominee Guy King’s music is fresh and unique while maintaining a strong link to the musical masters that came before him. His natural musical abilities and his one of a kind blend of Blues, Jazz, Soul, and R&B, are some of what makes Guy King so special in the music world.

Born and raised in a small rural town in Israel, Guy first arrived in the US, on tour at the age of 16. Five years after he returned to the United States. After a short stay in Memphis and a stint in New Orleans, Guy headed north to Chicago in pursuit of greater things and a musical career.

In Chicago, Guy quickly gained recognition, and joined Willie Kent’s band, serving as his lead guitarist and band leader for a period of six years, until Kent’s passing in 2006, when Guy started his solo career, performing at the city’s top venues, such as: Buddy Guy’s Legends, Andy’s Jazz Club, House of Blues, The Green Mill, S.P.A.C.E., B.L.U.E.S., Rosa’s Lounge and others.

Playing at a pace of 250-300 shows a year; Guy had the pleasure and honor of opening the shows of B.B. King, Buddy Guy, and touring the world; performing in Japan, France, Germany, Austria, Belgium, Switzerland, England, Italy, Mexico, Argentina, Chile and Brazil.

In 2009, Guy released his first solo album Livin’ It which was very well received by the public and media alike, and that has opened the doors for two more albums since; I Am Who I Am And It Is What It Is and By Myself.

In 2015 Guy was signed by Chicago's Delmark Records to record the album TRUTH produced by Richard Shurman, which was released in February 2016. TRUTH reached #1 at the Roots music report Contemporary Blues Chart, #5 at the Living Blues Chart and have been receiving rave reviews worldwide.

Named as Chicago’s Latest Royalty by Vintage Guitar Magazine, he continues to perform, write and record new material with an ear sensibly tilted toward producing great music: taking the varied music he loves and recasting it in new directions.