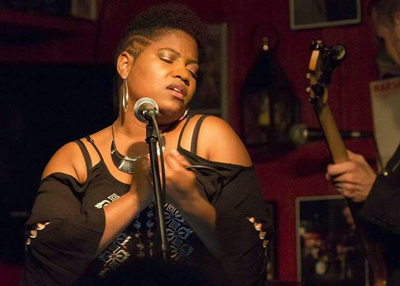 Born Carla Denise Outten, singer and entertainer Carla Denise is somewhat of a late bloomer to the industry. The Chicago native grew up on the south side of the city in a family of musicians but showed very little interest in music as a child. Still, Carla grew up watching her father Karl Outten (stage name Little Daddy), play bass with many blues artists in Chicago, as well as in a band with his brothers. When she was barely old enough, Carla began attending her Father's Blues performances at The Cotton Club and The Flamingo Lounge in Chicago.

Carla has made a name for herself in her hometown and has trailblazed international tours heating up stages throughout nations as the lead singer of the Chicago based Blues band Mississippi Heat. She has shared the stage with music legends such as Otis Clay and Delbert McClinton. Carla has performed at some of the top music festivals around the world such as the Lucerne Blues Festival in Switzerland, Beautiful Swamp Blues Festival in Calais, France, Tampa Bay Blues Festival, in Florida, Quebec Festival D'ete in Canada, and The Chicago Blues Festival, just to name a few.

Whether in the United States, Switzerland, Germany, Denmark, France, Canada, or Lithuania, regardless of language or dialect, Carla's passion and love for music paired with her compassion for people allow her to transform lyrics to an experience that they will truly enjoy.