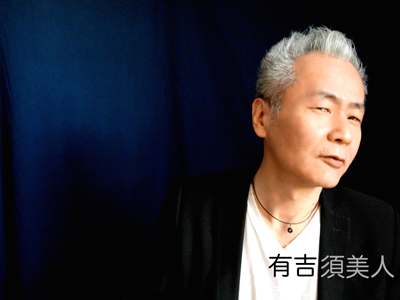 "Since he first arrived in Chicago in 1983, I have seen Mr. Ariyoshi in performance in blues venues all over the city. I have observed him in electric blues settings, small-group ensembles, and performing solo. I have also heard his 1998 CD, Piano Blues, on the P-Vine label.

Mr. Ariyoshi has been hired as a regular pianist by several Chicago blues artists of international stature: these include guitarist Jimmy Rogers, who was one of Muddy Waters' earliest Chicago colleagues and played a significant role in forging what is now known as the postwar Chicago blues style; and guitarist Otis Rush, who was seminal in the development of the electrified, musically aggressive late-50s, early-60s Chicago style. The late vocalist Valerie Wellington, who was internationally feted as one of Chicago's most promising young talents before her untimely death in 1993, also hired Mr. Ariyoshi to work in her band.

The breadth of styles represented by those artists demonstrates one of the strongest points of Mr. Ariyoshi's musical talents: he has compendious knowledge of the rich and varied Chicago keyboard tradition yet he imbues his playing with forward-looking, contemporary influences and improvisational imagination. Especially significant is his use of rhythm: while his harmonic and melodic ideas are rooted solidly in the tradition of older-generation Chicago pianists like Big Maceo, Sunnyland Slim, Johnnie Jones, and the still-active Pinetop Perkins, he brings to his playing a highly energetic and often rhythmically complex propulsiveness sometimes he seems to approach his keyboard almost like a rhythm instrument, infusing even his most well-crafted melodic lines with percussive intensity.

In this fusion of tradition and experimentation, Mr. Ariyoshi, like his mentors Mr. Rogers and Mr. Rush, represents the ongoing development and evolution of the Chicago tradition. Speaking strictly in melodic terms, 12-bar blues is a relatively simple genre, although an expert improviser like Mr. Ariyoshi can summon a remarkable range of colors, textures, and tonal variety from the somewhat limited range of options made available by the form. Many of the most important innovations in the style have been rhythmic: faster tempos, complex polyrhythmic interplays between lead and bass voices, and skillful insertion of additional notes and runs into the standard 12-bar form have represented the core of many of the advances that have occurred in Chicago blues since the post-World War II era. The most accomplished artists have succeeded in laying such rhythmic and spacial innovations over melodic ideas rooted firmly in tradition, thus achieving a finely-honed balance between musical roots and the improviser's art.

Aside from the propulsive energy and complex right hand-left hand interplay that characterize his work, Mr. Ariyoshi has developed several signature techniques that mark him as an important innovator. One of the most striking involves suspending the penultimate chord of a twelve-bar phrase for several bars into the next phrase a musician would call this "delaying the turn-around" until it almost sounds as if he has lagged irrevocably behind the beat, then sliding effortlessly into the next phrase; the resulting sense of built-up tension and release evokes both the sensuality of traditional blues expression and the combination of playfulness and willful challenging of convention that represent the essence of the bluesman's art.

In summary, it is my professional opinion that Mr. Ariyoshi has become a vital link in this ongoing process of expanding and elaborating upon tradition, a process that carefully retains the essential components of heritage while bringing vital new visions to it. On a regular basis, he shares engagements with veteran keyboardists like Pinetop Perkins and Detroit Jr.,demonstrating the similarity between his style and theirs while also showing how his unique rhythmic sensibility and innovative approach toward both timing and melodic structure bring fresh and contemporary new textures to the tradition these elder statesmen represent. To lose his presence in the Chicago blues world would be to leave a serious gap in the ongoing continuum of this city's blues piano heritage, from the roots to the future."